THREE POEMS IN THE FORM OF A CAIRN 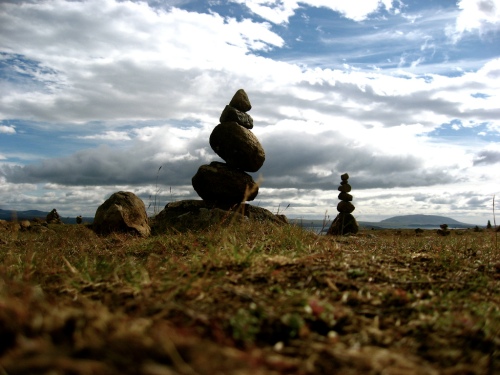 Iceland’s landscape is populated by small towers of stones known as cairns. Visible from miles around, they serve as waymarkers for travellers. But they also serve as memorials for the dead, and it’s hard to explain why they’re so moving. Perhaps it’s their torso-like shape.

I decided to emulate this shape as a poetic form. It only works if the poem is short, I find, so I’ll treat you to a collection of three.

Three Poems in the Form of a Cairn

Read more on Iceland here, and read a poem which mimics the shape of waves breaking here.